Homemade granola bars – crunchy enough, cohesive enough. A bit soft because of an apple, but not flimsy at all. Ususally granola bars contain a lot of honey and a bit of butter to make it more coherent. Those contain no fat at all and only one tbsp oh honey….and are the best bars I ever had. Good for a few days, not weeks, because of an apple, but….you know they wouldn’t last long…
You can add a tiny pinch of cinnamon and a bit of vanilla extract and you can heat it again for 5 minutes before eating to make it more crunchy. 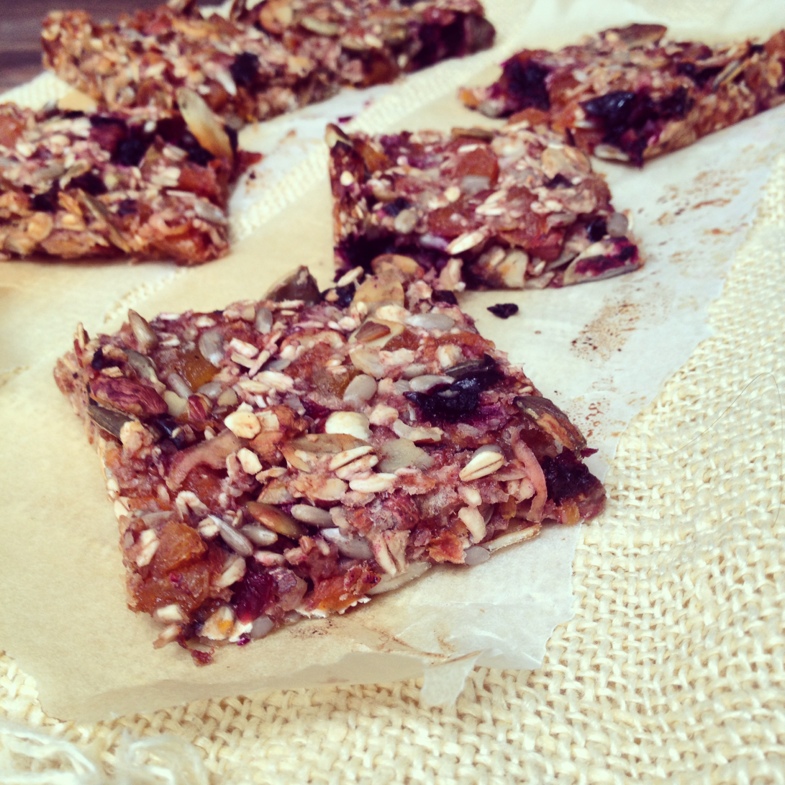 I mixed in a bowl: 1 cup of hazelnuts, 1 cup of soft dried plums, 1 cup of soft dried apricots, half a cup of regular oats (harder) and half a cup of porridge oats (quicker), half a cup of sunflower seeds, half a cup of pumpkin seeds, 1 grated apple, a cup of water, 1 tbsp honey, 1 tea sp liquid sweetener, a handful of blueberries. I mixed it wall in a bowl with my hands, with squeezing. I took a small baking tray and put a baking paper on it. I placed the mixture on the paper, evenly and pressing strongly, about 1,5-2cm high. I baked it in 190 Celsius for 15 minutes, took it out and waited about half an hour for it to dry. Then you can cut it into bars:) Enjoy! 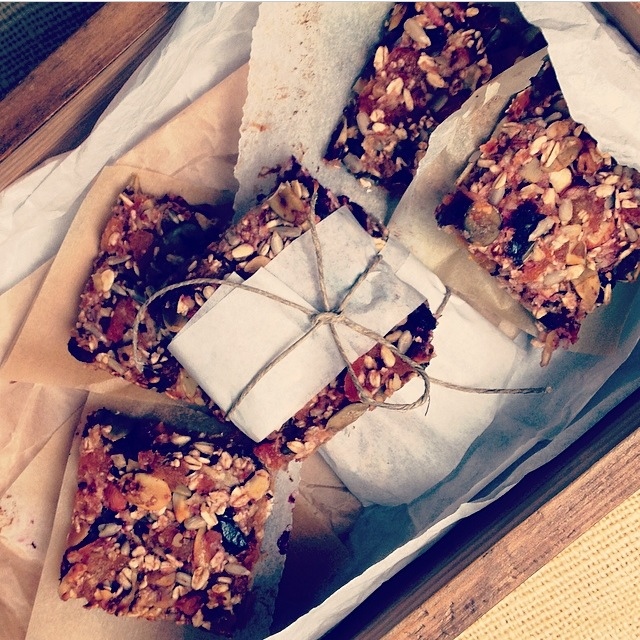